Posted by Howard Trott on Sunday, December 1, 2013 Under: Motorcycle Couriers
Working as a motorcycle courier you meet people from all walks of life and deliver consignments to some strange places and people. Solicitors must have it in for me as the strangest places and people I've delivered to have all been solicitors clients. This one was no exception. Had to deliver documentation to a lady living out in the sticks. It was pouring with rain and had been for a couple of days. The roads were fine until I hit the green belt, as every biker knows some country roads are a mess when its been raining for a long period of time. They turn into small reservoirs or mud pits which is ok if your driving a 4x4 vehicle. Its not so much riding through them its what's underneath, such as the bikers favourite large pot holes. I always ride on the edge of the road if possible to avoid them.

This lady must like her privacy, she lives in a place which is hard to gain access to even on a motorcycle. I went up and down steep hills and with it raining for so long there were deep pools of water at the bottom of each one. Some of the roads turned into narrow dirt tracks which were now a muddy mess. I was covered in crap and looked like the Creature from the Black Lagoon. My poor bike was in a worse mess. Thought to myself that it couldn't get any worse than this, how wrong I was.

Came to a stretch of road if you can call it that which was near vertical and had water running down it, the sides of the road was thick with mud. Stopped my motorcycle got off and had a look. It was raining so hard the drops were like miniature explosions coming off the road. Planned my route for getting up it, while I was doing this was being watched by a couple of cows who were so interested in what I was doing was stretching their necks over a farmers gate to get a better look. If only cows could talk I could of asked them for a better route. Got back on my motorcycle and off I went. There was a nice sheen on the surface of the road and felt the bike slipping while I was scaling it but stopping wasn't an option. Got to the top and couldn't see the road ahead due to leaves and mud. Looked behind me and could just make out the two cows, they were still in the same position, must of been waiting for my decent.

After a fun packed journey of climbing, decending, slipping and sliding I arrived at the delivery destination. There was a long driveway to the house which had more craters in it than the moon. I was wet and p##### off so decided to ride down the driveway dodging the pot holes as I went. I was nearly at the house when I heard barking, looked to my left nothing then my right and saw four large dogs running towards me. Thought to myself, this is bloody typical, braved the journey only to be savaged by a pack of wolves.

Stopped my bike and waited for them to reach me, they stood beside me barking and snarling. I honked my horn for a while then heard someone shout and the dogs ran off. Something resembling 'Cousin It' from the Adams family walked over to me. I turned off the engine and got off my bike. She was wearing an old woolley hat and had so much hair could hardly see her face. What I remember the most about her was her footwear, she was wearing an enormous pair of boots which were nearly as big as her. She confirmed she was the lady I had to deliver to. Told her she should keep better control of her dogs, she said nothing just took the documents signed for them then walked back into the house taking her pooches with her.

Can't write down what I said to myself, just think of all the swear words you know and your close. Called the solictor who told me the lady was eccentric, I never would of guessed. The journey home was just as much fun, the cows must of got fed up waiting as there was an empty farmers gate when I rode past. Was glad when I got into the warm and peeled my gear off. Took me ages to clean my bike off. The world isn't a strange place its some of the people in it. 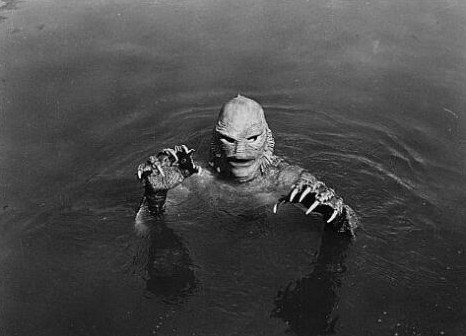