Posted by Howard Trott on Monday, January 20, 2014 Under: German Motorcycles
Having begun Post-War production with pre-war models, BMW's road motorcycles were comprehensively redesigned in 1955. The front and rear suspension on the new frames were provided by pivoting forks. The steering geometry and the strength of the new front suspension was ideal for sidecar use, and the BMW became the definitive sidecar machine. The combination shown here consists of a 1965 R60 mated to the classic German built Stieb sidecar. Special sidecar gearing was offered bu most manufacturers, which helped the motorcycles pull the extra weight of the 'chair', though performance was obviously reduced. Steib sidecars were built at Nurnberg from the late 1920's and were noted for their quality. 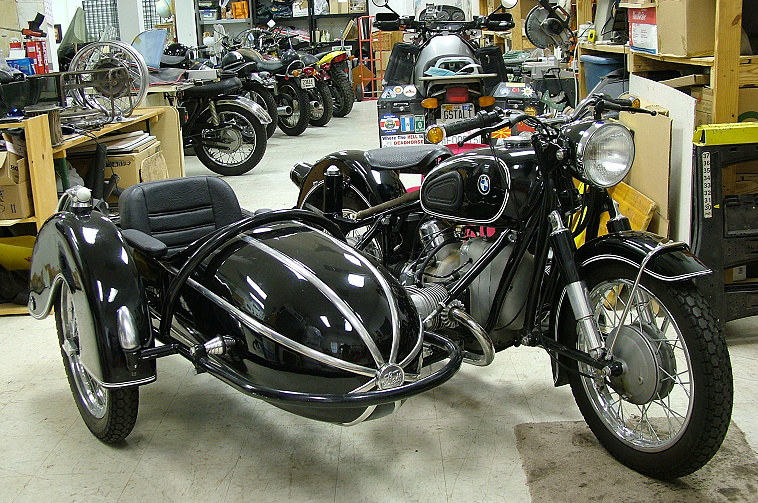