Posted by Howard Trott on Monday, September 22, 2014 Under: New Zealand Motorcycles
The Britten is an extraordinary bike built by an extraordinary man. John Britten ignored convention when he built this motorcycle and came up with an elegant and inspired machine. The 60 degree v-twin engine is an integral part of the chassis to which the front and rear suspension are bolted. In fact, almost every part of the Britten performs at least two functions. If also looks brilliant. The Britten performed well in International Battle of the Twins racing and in the early nineties was practically unbeatable in this field even when competing against factory Ducati's. Two great tragedies were that it was never able to race in any more worthy competition ( only two motorcycles were built, ruling it out of Superbike racing ), and that its creator, the amazing John Britten died before the motorcycle could show its real potential. 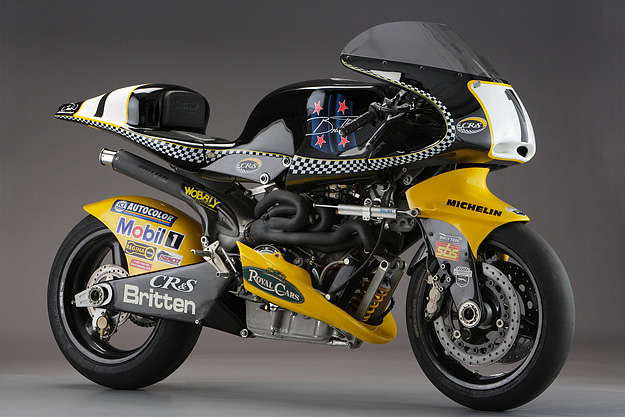