Posted by Howard Trott on Monday, September 22, 2014 Under: British Motorcycles
The three cylinder Rocket 3 or A75 was launched in Britain in 1969. The BSA/Triumph group had to act quickly to catch up with Honda, which was known to be developing a four. The Rocket 3 and Triumph Trident were similar, though BSA's engine design had its cylinder block tilted forward where the Triumph's was vertical. This bike is from 1970, BSA ceased production the following year. 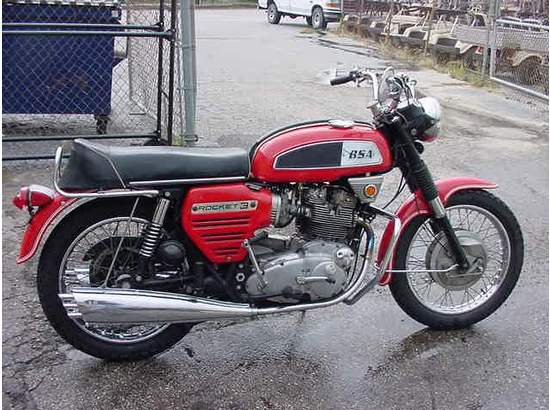