Posted by Howard Trott on Friday, February 28, 2014 Under: Italian Motorcycles
The 851 was the most complex Ducati road bike ever built when introduced in 1987. It retained desmodromic valve operation and the 90 degree V-twin engine layout, but also incorporated four camshafts, eight valves, water cooling, and petrol injection, all first for a road Ducati and introduced to meet increasingly strict emissions and noise legislation. These features were also brought in to meet World Superbike race rules, and the 851 was the basis for Ducati's successful 888 Superbike racer. 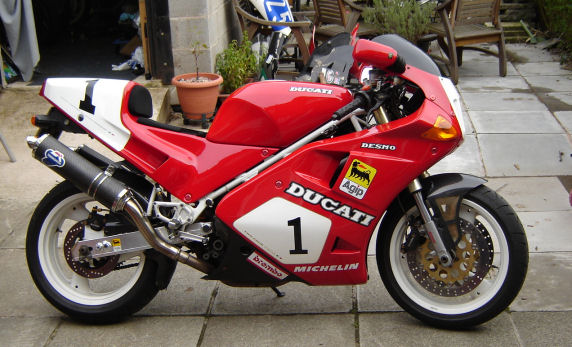