Posted by Howard Trott on Friday, October 13, 2017 Under: Motorcycle Racers
The 1950's are considered the Golden Age of motorcycle racing, and one man has a huge role in this – Britain’s Geoff Duke. 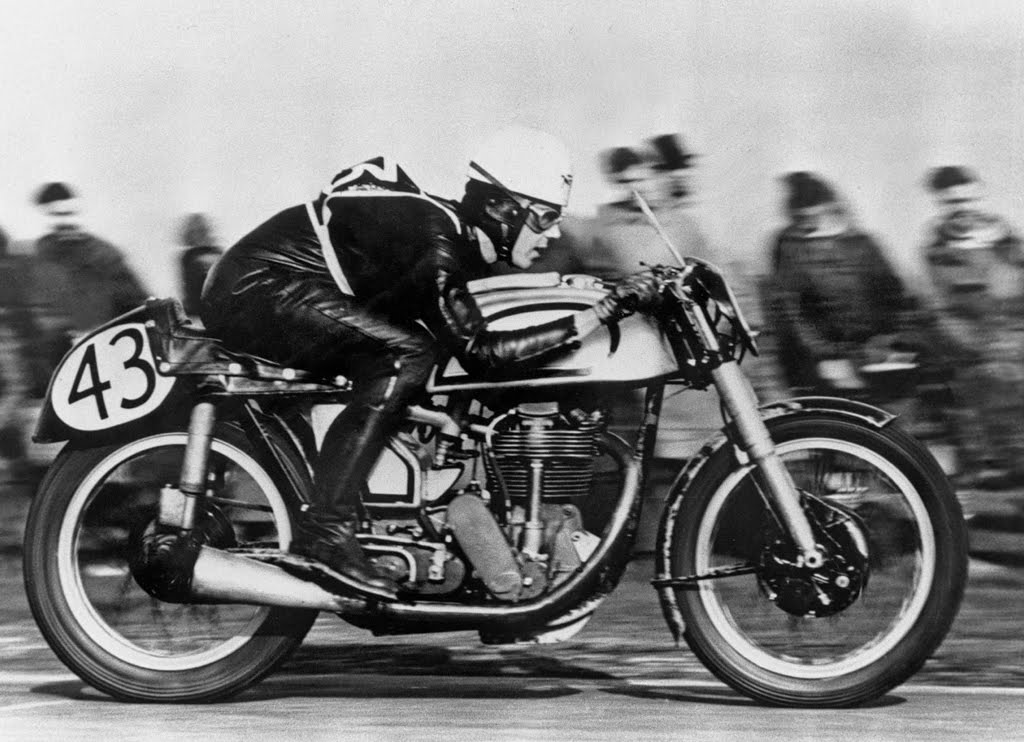 From his first Grand Prix race at the 1950 Isle of Man TT, to his final GP at the 1959 Nations Grand Prix at Monza, “The Duke” earned six World Championships, and amassed 33 GP victories.
Sadly, Duke passed away Friday, May 1, 2015, at the Elder Grange Nursing Home on the Isle of Man. Duke was 92-years old.
Duke, who in 1953 was awarded Officer of the Most Excellent Order of the British Empire (OBE), was born March 23, 1923, in St. Helens, Lancashire. He began his motorcycle-racing career at the 1948 Manx Grand Prix, and earned his first win at the 1949 Senior TT.
From there he entered Grand Prix motorcycle racing, racing Norton machinery from 1950-1952. Duke earned both the 350cc and 500cc titles in 1951, and the 350cc title in 1952.
Duke switched to Gilera machinery from 1953-1957, earning back-to-back 500cc titles from 1953-1955. He would continue racing from 1958-1959 aboard a mix of Norton, BMW, Benelli and NUS motorcycles, but would not earn any further titles.
His TT performances also brought him much fame at the Isle of Man, where the sharp turns between Brandywell and Windy Corner near milestone 32 of the Mountain Course are called the “Duke’s.” 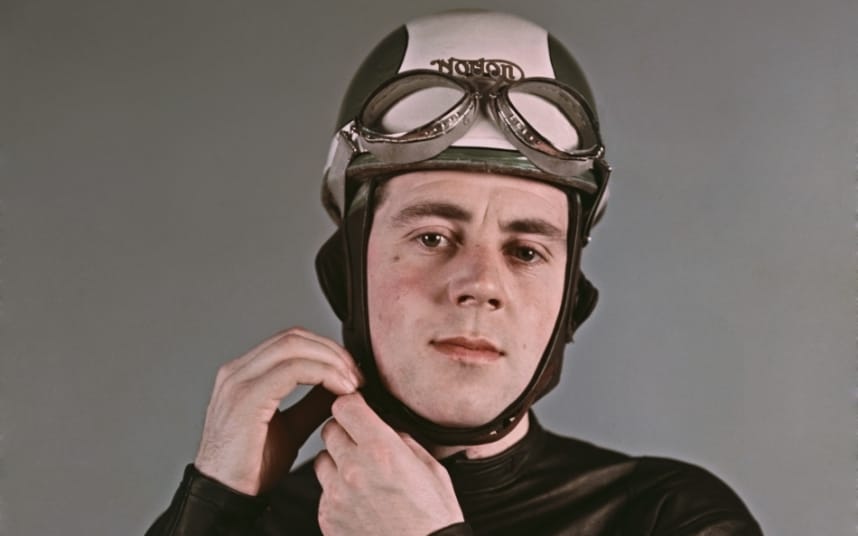 Duke also takes credit for being the first motorcycle racer to don a one-piece leather suit, which he had custom tailored for him in the 1950's. Following his racing career, Duke became a businessman, and is is credited with setting up the Manx Line – the first roll-on, roll-off ferry service offered at the Isle of Man.