Posted by Howard Trott on Friday, February 28, 2014 Under: American Motorcycles
The ingredients of an American hill-climb motorcycle appear simple, even if the reality is rather more complicated. The essential element is power, and in the case of this machine a methanol-burning eight-valve engine was enough in 1930 to make it a competitive motorcycle. A long wheelbase and weight at the front to prevent the motorcycle tipping over backwards are both essential, as is grip, which is why the motorcycles rear tyre is wrapped in chains. A good level of expertise was involved in handling these machines and once again it was Joe Petrali who took the honours. Between 1932 and 1938, he won the national hill-climbing titles on a Harley. 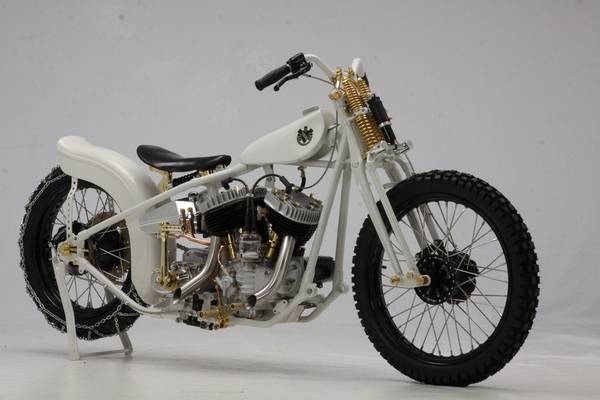