In 1905 Harley-Davidson wins it's first race and hires it's first employee. Three years later, in 1908, Harley-Davidson sold the first motorcycle to be used in police service to the Detroit Police Department. In 1912 H-D started building it's 6 story factory and exports it's first bikes to Japan, the first time sales were extended outside of the United States.

1914 marks the year H-D formally enters itself into the national racing circuit, and is quickly known as "The Wrecking Crew" for it's dominance in the racing industry. By 1917 one-third of all motorcycles produced would be sold to the military, and was also the start of the Service School for Harley-Davidson Mechanics, for both military and civilian bikes.

By 1918 half of all bikes produced were shipped off to military for service in World War 1, and Corporal Roy Holtz would be the first soldier to ride a Harley-Davidson Motorcycle in Germany. 1920 marks the year that the motorcycle company is the largest in the world in the motorcycle industry, and has over 2,000 dealers in 67 countries worldwide.

1931 is the year that almost all of Harley's competitors are gone, with the exception of the Indian Motorcycle Company. Harley-Davidson and Indian are the only two motorcycle companies in America, until 1953. As the world enters into World War 2, so does Harley go back into Military motorcycle production, and the service school is turned back into the military motorcycle service school, also known as the Quartermaster School for military mechanics. During this time the public could hardly get their hands on a Harley-Davidson Motorcycle.

In 1945 the wartime production slows to a halt and a civilian production starts up again, and in 1947 H-D starts to sell what is now the classic black leather motorcycle jacket. Throughout this whole time Harley is consistently winning races on street and dirt over and over and still dominates the racing circuit.

1952 was the year the Harley Sportster made it's debut, but as the "K" series. It would not be until 1957 that it wouldn't be named as such. In 1953 Harley-Davidson would become the sole motorcycle manufacturer in the United States when Hendee Manufacturing, the Indian motorcycle company, goes out of business.

Elvis Presley poses for a cover shot of Enthusiast, the motorcycle enthusiast magazine, in 1956. The 1960's showed Harley winning race ofter race after race, and he merge with the American Machine and Foundry Company, or AMF.

The 1970s ushered in a customizing craze amongst enthusiasts, and Harley-Davidson going through a company and factory wide renovation and restructuring. All production machinery goes through a major modernisation and a new larger production plant in Milwaukee.

Harley's have been known to always have oil leaks and vibrate massively, sort of an attraction with Harley aficionado's. The 80's came in with a huge turn around with the motorcycle company, in dampening the vibration, quelling the oil leaks and making them oil tight. This coupled with a new belt drive instead of chain drive and the new "Softail" frame with hidden rear end shocks, Harley's became a very smooth and comfortable ride. 1981 was also the year Harley-Davidson bought out the merger AMC and took control back of the company.

The Motorcycle Company is traded on the American Stock Exchange, the first time since 1969, the year AMF merged with H-D. 1987 is the year H-D is traded on the New York Stock Exchange, and is publicly traded and the companies confidence in itself as a leader in teh motorcycle industry is evident in this move, as well as starting the "Buy Back Program" in which owners of older Harley's can trade in their old models and get full trade-in price on a new "HOG".

Harley celebrates it's 90 birthday and has a family reunion in Milwaukee, also taking a financial interest in Buell Motorcycles started by Erik Buell to manufacture American sport motorcycles using Harley-Davidson Engines and in 1994 enters into the superbike racing industry with it's first liquid cooled bike called the VR1000. Harley celebrates 95 years in 1998 and 140,000 riders come to Milwaukee to help with the party and celebration. Harley buys another 49% of Buell motorcyles making them the majority owner in the company and making the founder Erik Buell chairman of operations.

In 2003, more than 250,000 riders converge on Milwaukee for the final stop of the "Open Road Tour" and to celebrate Harley-Davidson's 100th Anniversary and Party. Harley-Davidson and the Muscular Dystrophy Association(MDA) mark 25 years together as partners in the fight against Muscular Dystrophy. In 2006 Harley announces plans to open a museum for the motorcycle company and plans for the opening to be in 2008. 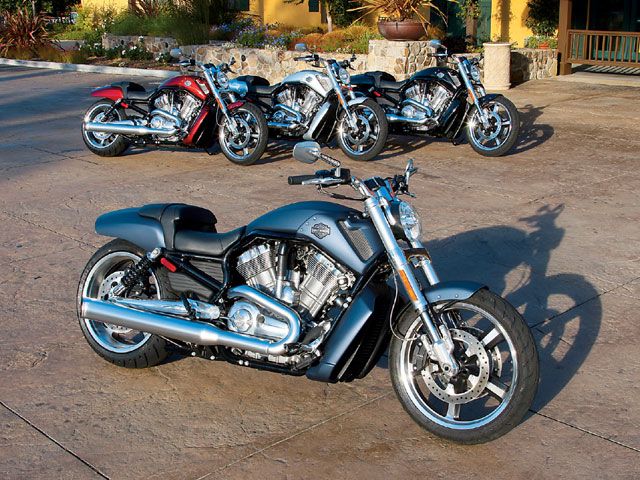 Through this time H-D has been winning races and helping charities and people to make life better. This brief history on the building of the company is just a part of the Harley-Davidson legacy. Most people associate H-D with outlaw bikers and black leather jackets but many people don't know the otherside of things with Harley-Davidson. The work with charities and racing throughout the whole growth of the company are things many people don't realise about this little family owned company, that is now Americas biggest motorcycle manufacturer.