Posted by Howard Trott on Friday, February 28, 2014 Under: Japanese Motorcycles
The CB350 was the smallest of the 1970's road going, four cylinder, S.O.H.C machines. Never officially imported into Britain, and failing to gain support in the USA, Honda looked to Europe, where some countries import tax laws favour sub-350cc motorcycles. Police versions were offered in France and Holland. Even so, the CB350 had a short life. Introduced in 1972, it was replaced in the markets by the CB400F, which appeared in 1974. Capacity of the 400 four was increased to 408cc. It was restyled and given a four-into-one exhaust pipe. The 400 was a big success and was produced until 1979. 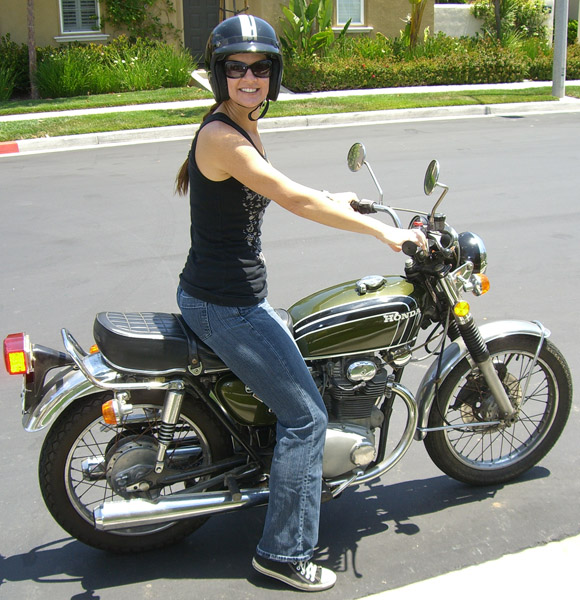