Posted by Howard Trott on Friday, February 28, 2014 Under: Japanese Motorcycles
The symbol of the Golden wing was already a familiar Honda trademark when the model was christened in 1975. At the time of its launch, the 1000cc four-cylinder machine was simply the biggest, most complex motorcycle ever produced in Japan. By the 1980's, Honda was an established car-maker, with car and motorcycle assembly plants around the world. In 1981, Goldwing production moved from Japan to Ohio, the biggest market for the motorcycle was in America, but it was exported all over the world, including Japan. A new 1520cc six-cylinder Goldwing, the largest, most complex motorcycle ever built in the USA was unveiled in 1988. 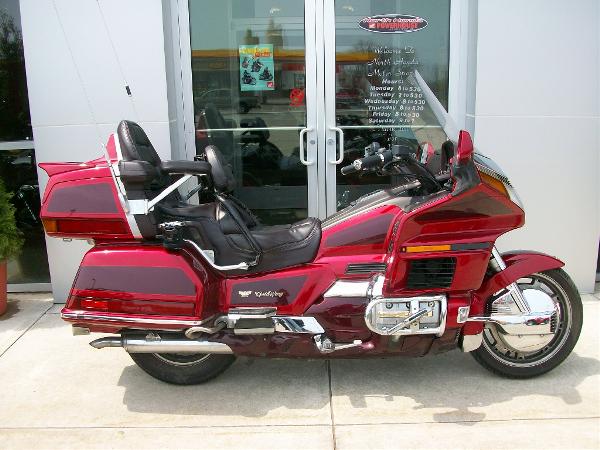