How Do Blue Tooth Helmets Work

Posted by Mark Parker on Tuesday, June 18, 2019 Under: Guest Motorcycle Articles
You may well have seen motorcycle riders with strange looking extra additions to their motorbike helmets. Bluetooth headsets are becoming increasingly popular. We take a closer look at how they work. 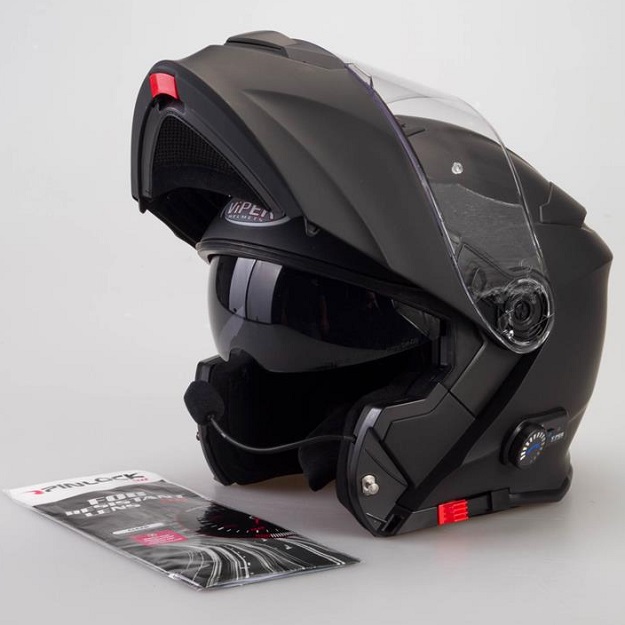 Firstly, for those of us who may not know the background to the technology involved, let's begin by looking at the development of blue tooth and its used in global communications.
Bluetooth technology was originally invented as a way of enabling two pieces of hardware to communicate with each other, without the need for wires or cabling.
This lack of physical connections leads to the technology being a part of what is called wireless communications. The blue tooth technology has a relatively small range and is most often used in laptops and mobile phones.
As well as allowing mobile phones to communicate with other phones or computers, it can also be used to allow mobile phones to connect with other devices.
In the case of motorbikes, this property has been put to good use. Headsets can be used that allow the rider to talk to passengers or nearby bikers.
Going further, the headsets can also link to the mobile phone signal. This allows the rider to have a conversation, via mobile phone, with anyone else in the world.
In effect, the technology enables motorbike owners to have hands free telephone conversations. Such conversations would still be difficult if it weren't for a few more innovations.
A major problem is the level of background noise that's present on the back of a bike. New headsets are able to detect noise levels and automatically adjust microphone and speaker volumes.
This means that bikers can hear callers and be heard themselves. Bluetooth helmets are proving understandably popular as a result.
Hopefully you now have a much clearer understanding of how the technology is make all of this possible.