How to corner at speed on a motorbike

Posted by Howard Trott on Friday, December 8, 2017 Under: Motorcycle Riding Skills
Get an idea about the nature of the corner

While riding the motorcycle, it is better to look to the far in front and if any corner seems to be ahead, the bike rider should try to guess that type of that corner. If there is any signboard, it should be read carefully and even if there is none, it is better to have a view of the corner, as far as possible. If the corner is not clearly visible from a distance, the rider will just see that the road seems to vanish at a distance. If the outer and inner sides of the road seem to join at the corner, it can be assumed that corner is taking a sharp turn. If the distance to the corner seems to be large from a distance, the corner should be wider than the road travelled so far. 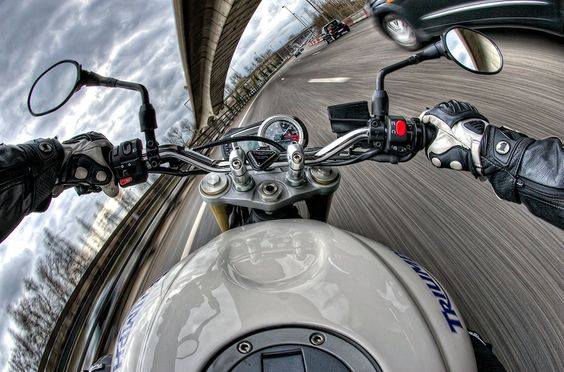 Go slow before the corner

It is very important to slow down before reaching a corner, so that the rider can have enough time to think about the road ahead. It is wiser to lean forward, while reducing the speed, to gain better grip on the operation of the motorcycle, mainly in case of steep corners. If it is a tighter corner, it is better to decrease the speed, by lightly pressing the back break of the motorcycle, to slow down in time to cross the corner safely.
In case, the corner is not noticed before

If the corner is not located beforehand and the rider does not get much time, then it is best to push the motorcycle inside, by pressing inside the steering handle or by forcing inward the knee of that side, facing the inner part of the corner. Then the rear brake has to be pressed gently, so that the rear wheel turn around a bit, while slowing down; so that the bike moves automatically around the corner smoothly. But the rider should be careful not to press the brake forcefully, for which it may halt all of a sudden, resulting in a fall of the rider. If the rider forget to lean enough while crossing a corner, he may hit the ground with a crash.
Application of the positive or negative camber

Camber refers to a difference in height between the two edges of the road or track, creating an angled surface that you must ride across. A banked turn, such as those found at a superspeedway, is considered to have positive camber; an “off-camber” or negative-camber corner refers to a turn where the outside edge of the pavement is lower than the inside edge. Changes in elevation are often referred to as slope; positive slope indicates you are riding uphill, with negative slope indicating downhill. 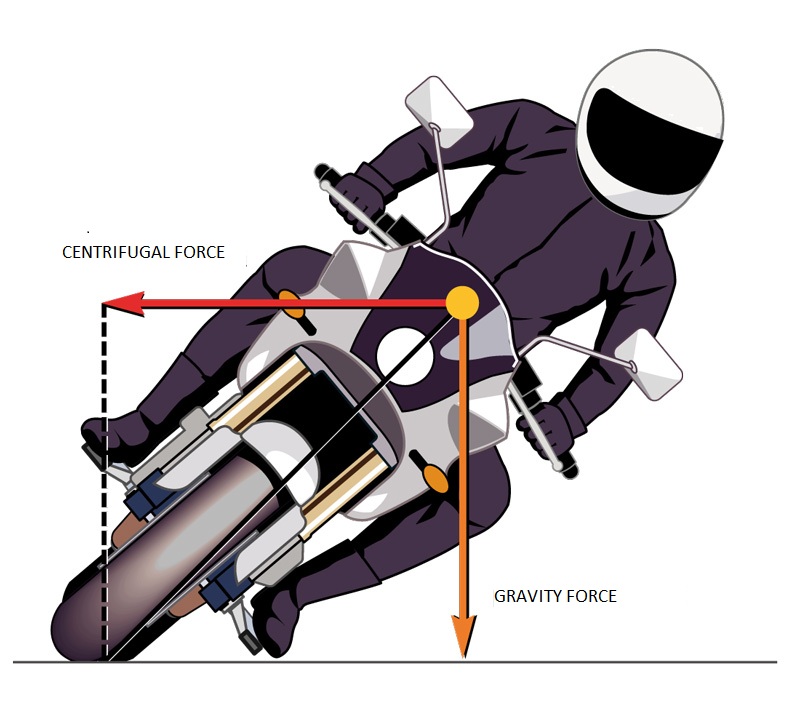 The biker should bring the motorcycle to appropriate speed and shift to the necessary gear, before entering the corner of a road. Then, he will be able to accelerate out of the corner safely, without causing any accident. But every motorcycle rider should be well practiced, to pass the tough corners safely. It is best to practice on a road, whose every corner is thoroughly known to the rider, so that he can learn about the correct gear to be taken while passing through each corner.
Get ready for entering a corner long before

It is best to get prepared for entering a corner from the time, as soon as it is noticed. Otherwise, the rider may panic at the last moment and forcefully press the brake, if the gear is not shifted well ahead before the actual entrance in a corner.
Take care of proper leaning

When the rider needs to lean in, he has to push his outward knee to the fuel tank of the bike, with all his bodyweight. That means, to pass a corner to the right side of the road, the rider has to push the bike to the right side and vice versa in case of a left corner. But if the handlebar is pushed downwards, to push the bike inwards, the effect is not so instant and effective, as desired. The body of the rider should be leaned as well, to keep in balance with his bike.
Switch on the throttle slowly

When the rider is entering a corner, he needs to switch on the throttle of his bike gradually, but he should not pull on the clutch, because the bike may fall to the inner side, if the clutch is pulled while passing the corner. When the rider is passing the first stretch of the corner, the throttle should be switched very slowly; but as he is passing the later stretch of the corner, he needs to totally open the throttle, as he leans inwards. Next, the bike can be accelerated to higher speed and the rider can sit straight up, as he crosses the corner onto the straight road before him.
Judge the speed of the bike

If the speed of the motorcycle is too high all through the ride, the rider cannot reduce the speed by just opening on the throttle; instead he should press the back brake gently and slow down the bike.  The handlebar should be gripped very lightly, to allow the bike to rectify any steering defects on its own.

Tags: cornering at speed  motorbike riding skills
« Back to posts