Posted by Susan Hale on Sunday, December 8, 2019 Under: Motorcycle Security
Cover it up!
If you’re familiar with the phrase ‘out of sight, out of mind’ then you will appreciate that when it comes to preventing potential theft this is actually really good advice. 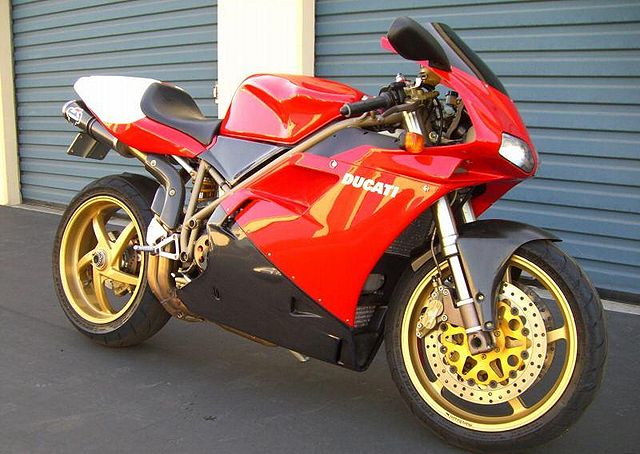 Why? Because if a thief can’t see your shiny new sports bike beneath a dirty old rain cover then maybe - just maybe - they’ll not be tempted to take it for a ride. In fact, it’s such a simple yet effective advice that even the UK motorcycling industry body - the MCIA, began distributing free motorcycle covers to riders in central London during the summer of 2018, in an attempt to begin curtailing the massive rise in bike thefts infecting the city.
As for advice in what cover to use, whilst it may be tempting to choose one with fancy graphics and even the manufacturer logo or bike name splashed across the side we recommended strongly against this. Because rather than covering your bike up and hiding it from the view of potential thieves, what you’re actually achieving by doing this is splashing a huge great advert into everybody’s view. Try to avoid giving thieves any more temptation that you can.
Lock it down!
The first place to start with really securing your two-wheeled best friend is with a lock. As with everything else in life, these come in all shapes and sizes and the myriad choices can often seem confusing and downright contrary at times, so where do you start?
The first purchase you should make - after the actual bike, and perhaps your helmet, jacket and gloves - is with a disc lock. These tend to come in two main flavours; ones with an alarm and ones without.
A disc lock is simply a small, reinforced steel shackle that fits onto your brake disc and obstructs the bike wheel from turning for more than a few inches. It’s ingenious in its simplicity and can prove very effective against opportunistic thieves. It can also prove very easy to forget that you’ve fitted one, and it’s easier than you would think to ruin your motorcycle by attempting to ride off with one attached to your bike. With this in mind, many come with a ‘reminder cord’ that comes often comes in a bright, neon colour and stretches from the lock to your handlebars, to provide a visual reminder as to not make that mistake.
There’s no great difference between a disc lock with an alarm versus one without other than the noisy, digital alarm sound that will screech if you attempt to tamper with the ones that have that feature. We’ll leave you to decide if you think that the additional noise and potentially effective deterrent feature is worth the extra cost…
And then, there is - of course - the good, old-fashioned yet eminently reliable chain.
The types of chain available to either lock your bike up to a solid, ground anchor or even just around the wheels to secure the bike against itself are vast, so we’ll simply say this; get as big, as thick and as reinforced a chain as you can afford.
It’s perhaps worth noting that in this writer’s experience a determined thief with some sort of power tool is going to try to find a way around the disc lock regardless of the noise that it makes.
And if a thief attacking a screaming alarm with an angle-grinder in broad daylight, within clear view of a crowded city street isn’t enough to prevent a theft, then what is?
Keep it tracked!
This is where new technology can possibly step in to help. GPS trackers are nothing new and despite the technology being decades old, it’s a wonder to many that they aren’t fitted to new bikes as standard, because they do work. And work extremely well.
Most of the UK companies that specialise in such technology claim that they have over a ninety percent success rate in bike retrieval. Yes, you read that right… A GPS tracker won’t stop your motorcycle being stolen but it will significantly help in you eventually getting your bike back into your hands.
There are numerous to choose from and most - if not all - operate on a purchase cost plus continuing subscription service basis. So you’ll effectively pay for the system upfront - and usually the fitting of it - as well as a monthly or yearly price for the actual tracking and recovery service; just in case the worst does happen.
As you can see, stopping a potential bike theft and keeping your motorcycle or scooter safe requires a ‘layered approach’ to security.
Each of the options written about above aren’t guaranteed to stop anything from being stolen, but when used together and sensibly they will go a long way towards keeping your machine in your hands - and if you let your insurer know, the tips might even help in lowering your annual insurance costs too!