Posted by Howard Trott on Friday, January 24, 2014 Under: British Motorcycles
Developed by the AJS race shop for the 1952 season, the G45 was based on the 500cc parallel-twin that came fourth in the 1951 Manx Grand Prix. Twin Amol Grand Prix carburettors, a Lucas racing magneto, and a rev-counter drive were standard along with the Burman racing gearbox. The engine included a one piece forged steel crank, alloy barrels, and triple valve springs. Seventeen G45's entered the 1955 Senior race and only 10 finished. Although the G45 was not successful compared to other models, it allowed AJS who Matchless had taken over in 1931 riders to compete in Senior and Junior Clubman TT's. 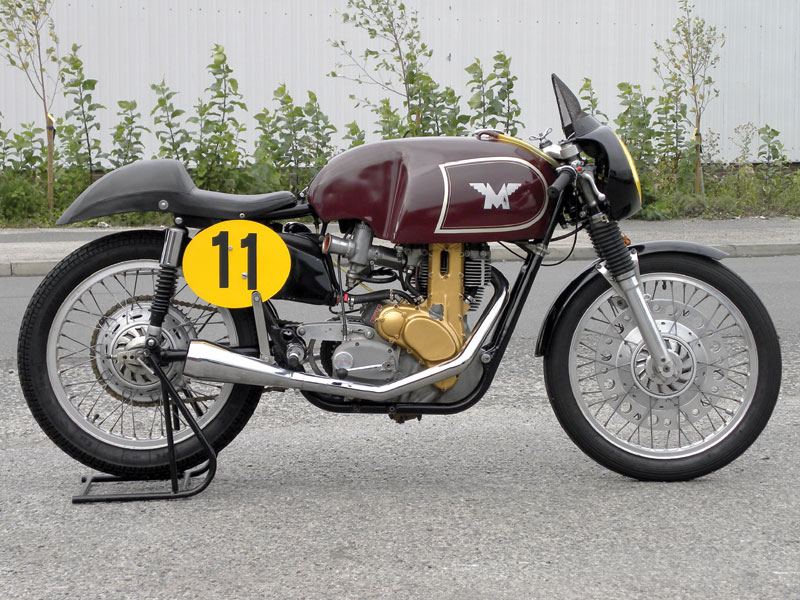