Posted by Howard Trott on Friday, February 28, 2014 Under: Italian Motorcycles
Although Moto Guzzi first developed its V-twin motor in the 1950's, motorcycle interest in Italy was at a low ebb and the motor was used in a three-wheeled military vehicle. The V-twin motorcycle was built to fulfil an order from the Italian police. Overseas interest created a need for a civilian version. The 703cc V7 came out in 1967. In 1969 the bore was enlarged by 3mm, increasing the capacity to 757cc and called the V7 special. It ran until 1971 and had many features seen on modern Guzzi V-twins, and was the forerunner of models such as the V7 Sport, and Le Mans. 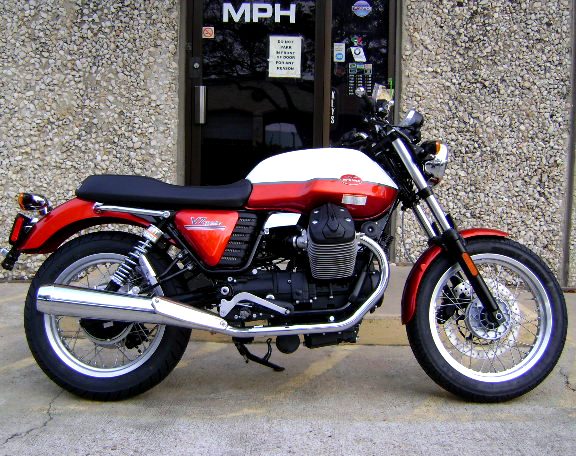