Posted by Nancy White on Monday, September 3, 2018 Under: Guest Motorcycle Articles
According to Wikipedia, a motorcycle club is a group of people who have a common interest in motorcycles. Motorcycle clubs are enterprises operating legally, mostly for fun and charity. However, there are those that are outlawed, usually referred to "Onepercenters" because they are estimated to be one percent of the motorcycle population. American Motorcyclist Association (AMA), the umbrella body of motorcycle clubs, currently has 1200 charted clubs under its wing and counting. 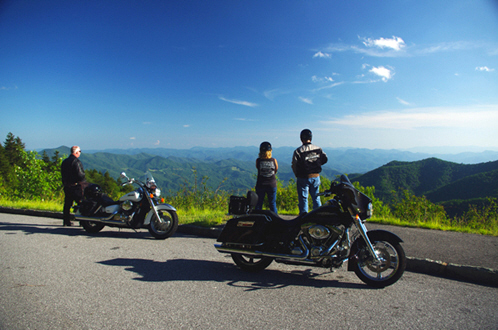 Motorcycle clubs are classified into five major categories:
1) Motorcycle type (street bikes, cruiser bikes etc)
2) Motorcycle manufacturer (Kawasaki, Harley-David, BMW etc)
3) Riding style(stunts, street bikers, etc)
4) Location (New york, Texas etc)
5) Special Interest (religious affiliation, profession or sexual orientation)
Motorcycle cubs are run differently from each other. They have their own set of rules which every member must abide by. All the clubs which are registered by AMA are legitimate and their activities are mainly charitable events and community-based service.
The One Percenters Vs Ninety-Nine Percenters
Onepercenters are outlawed clubs; they are not registered with AMA and are deemed to be involved in illegal operations. However, they claim that they were branded thus by law enforcers to portray them as criminals. They explain that they use the term "onepercenters" to show commitment to "biking and brotherhood"; they believe that riding is not just a hobby but a way of life... a culture!
Along with their culture comes a biker lingo and fashion. Onepercenters are usually clad in black leather with patches, otherwise known as colors, which signify a subset (gang) with which a rider is affiliated.
Clubs Culture
High and Tight
Members of motorcycle clubs ride together in a group to prevent other motorists from breaking into the group as they travel. They also have traffic guards who control traffic ahead of the others to allow the group to ride without any interruptions especially during rallies or when holding events. This is what is called "high and tight" rides.
Territory and membership
Most clubs are territorial; either by state or by area of operation. Some may have nation-wide membership which makes them have state chapters. A good example is Hells Angels. Other smaller clubs are forced to wear patches of "support" of the dominant club under which they operate. This is usually done for protection. However, law-enforcement clubs, like police clubs and military only clubs, are not allowed to be part of or support any gang, dominant or not.
Rivalry
Rivalry among clubs has greatly subsided with the help of local COC (Coalition of Clubs).
Sponsorship
Some clubs are sponsored by certain organizations such as "HOG" (Harley Owners Group) and CMA (Christian Motorcycle Association). These clubs do not have any patches and are just a group of motorcycle riders who share a manufacturer or other special interests. They are mainly formed for a specific objective; say to preach as in the case of Christian motorcycle clubs. These types of clubs are not referred as motorcycle clubs per se, because they lack patches to identify them.
That is the difference between outlawed motorcycle clubs and legit motorcycle clubs. Each club is governed by a different set of rules, and the objectives of the various clubs differ largely. Use the above mentioned points to make a smart choice if you are thinking of joining a motorcycle club.