Posted by Sian Murry on Saturday, October 27, 2018 Under: Guest Motorcycle Articles
Motorcycle Stunt Riding is banned on the open roads in United States and you can be put behind the bars for trying one. Still the activity is gaining popularity day by day in both United States and Great Britain. 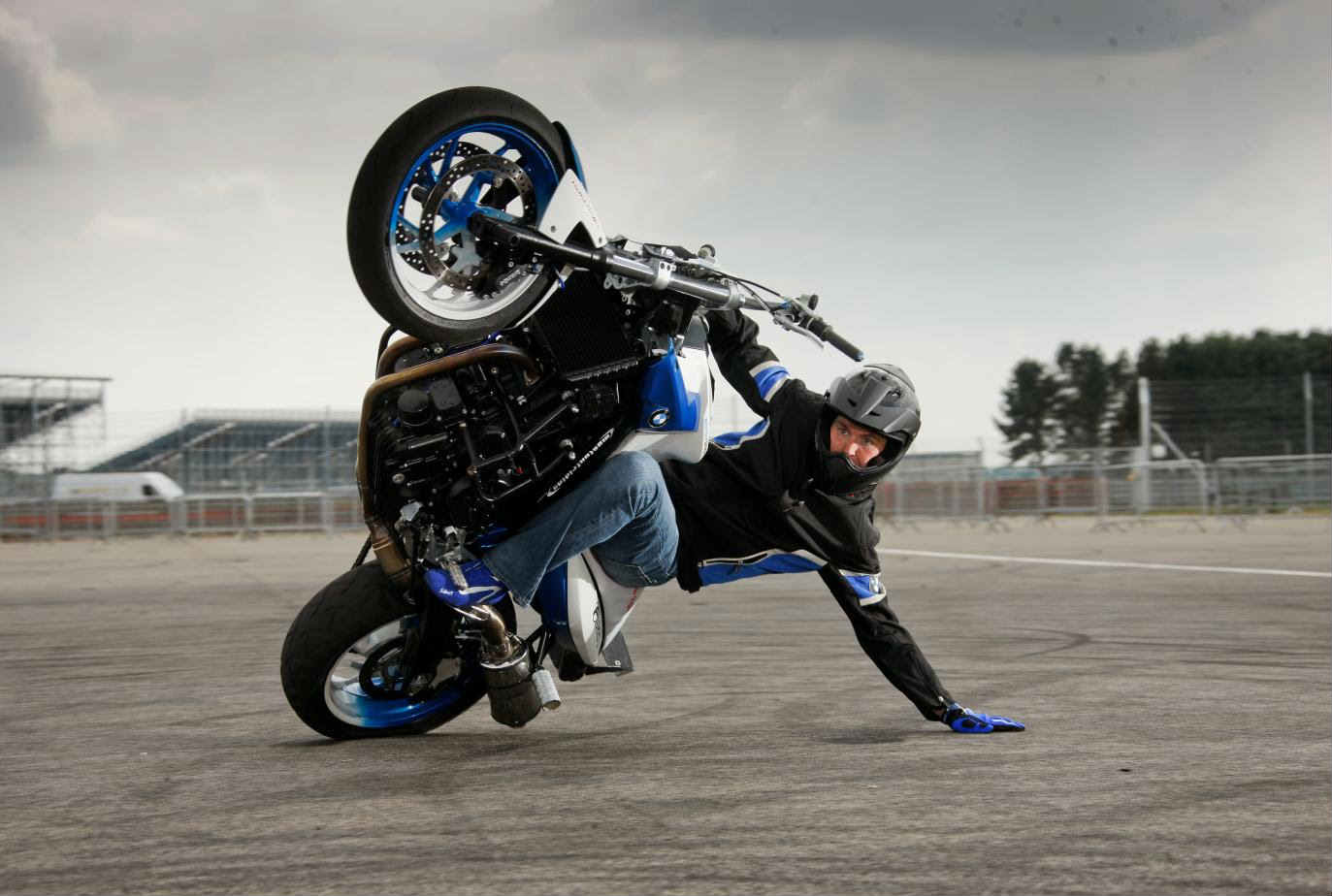 When you are planning to buy a used motorcycle, make sure to find out whether the motorcycle was used for stunt purposes. Stunting can inflict heavy blows to the transmission, the engine, the shocks and suspension. Therefore, you have to be careful and check for signs of stunt activities, such as smooth patches on the tires, scratch marks on the motorcycle, and other such signs.
One of the most famous and outstanding stunt motorcyclists in America is Robert Craig Knievel, Jr. He has been performing motorcycle stunts from the year 1960. He began as a motorcycle stunt artiste and later became a prodigy in this business. He has been performing various motorcycle stunts, and these have been immensely popular television shows in the whole country. His most popular stunt, which is one of the widely admired television events till date in ABC's Wide World of Sports, is the Snake River Canyon jump of 1974, at Twin Falls, Idaho. Robert Craig Knievel, Jr. died at the age of 69, on 30 November 2007.
Some of the popular motorcycle stunt teams are - TenNinety6 of Kalamazoo, Michigan, D-Aces Stunt Riders Motorcycle Team of Wasua, Wisconsin, South Florida Bike Crew, and the women's motorcycle drill team called Hardly Angels.
Another expert motorcycle stunt performer is Bob Duffey. He still holds the record in drag race. The International Drag Bike Association (IDBA) authorized the record. He clocked 11.71 seconds with a trap speed of 122 miles per hour. He performed the record on his preferred motorcycle, which was a 1979 make Kawasaki Z1R-TC stock motorcycle.
Among the women, Debbie Evans, known as the Queen of Trials, effectively rode in the United Trials during the end of 1970. She is regarded to be the best female motorcycle rider in this sport till date. She was also the first among the women to do so.
The record of the longest motorcycle jump at present was bagged by Robbie Maddison, an ace Australian motorcyclist, in the month of January 2008. He broke the previous Guinness World motorcycle jump record by Trigger Gumm in 2005. The previous one measured approximately 85 meters (277 feet). The new record was with an extraordinary motorcycle jump measuring more than 98 meters (322 feet).
The most popular form of motorcycle stunts is called the wheelie. In this stunt performance the front wheel of the motorcycle is purposely taken off the tarmac or any other riding surface and the motorcycle is balanced on the rear tires.
Some of the most popular motorcycle stunts are - the Stoppie in which brakes are applied to a motorcycle in a controlled fashion, so that the rear tires go off the tarmac and the motorcycle is brought to a halt, while balancing on the front tires. There is also the Endo, which is similar to the Stoppie. But the difference is that the motorcycle is not brought to a stop here; rather it keeps on moving. Then there is the circle wheelie, which performs a wheelie during a circular movement. The 12 o' clock Wheelie includes performing a straight up wheelie while making the motorcycle tail on the tarmac. Other stunts include the combo wheelie that is a group of motorcycle riders performing a wheelie. There is also the handstand, which includes the motorcycle rider sitting on the handlebar, while it is moving.
It is important to keep in mind that while performing the motorcycle stunts, the riders should wear a full set of protection accessories. These protective accessories include some popular brands such as Teknic, Joe Rocket, Alpinestars, Sidi, and Icon. Some popular stunt helmets are AGV, Icon, Suomy, Arai, Shoei, KBC, and Bell.