Posted by Howard Trott on Monday, September 22, 2014 Under: British Motorcycles
Norton was on the verge of bankruptcy by 1975 when this motorcycle, the final version of the Commando was produced. Based on 1973's MKI 850, the MKIII was fitted with an electric starter in addition to the kick-starter. It had tuned silencers, lockheed disc brakes front and rear, left hand gearchange, halogen lightening, and a full compliment of accessories. Nothing could conceal the age of the design and compared to the increasingly sophisticated Japanese opposition it was very dated, though it had some good points. The four speed gearbox and twin-cylinder o.h.v engine might have been underpowered and of dubious reliability but its light weight and fine handling were to be commended. Many riders around the world mourned its passing in 1977. 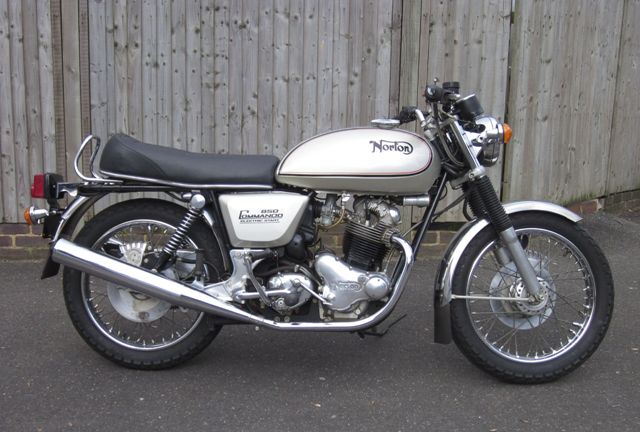