Posted by Kat Barker on Wednesday, March 13, 2019 Under: Guest Motorcycle Articles
It used to be pretty extremely uncommon to see a woman at the controls of a motorcycle. If a woman was on a bike, there was a guy in front and she was riding pillion. That started to change about 20 years ago and now women riders are the fastest growing segment in motorcycling. With their eyes ever set on trends in the industry, the motorcycle manufacturers are now targeting this group of potential customers with more bikes that fit their generally smaller stature. And as an added plus, this move benefits shorter men, as well. 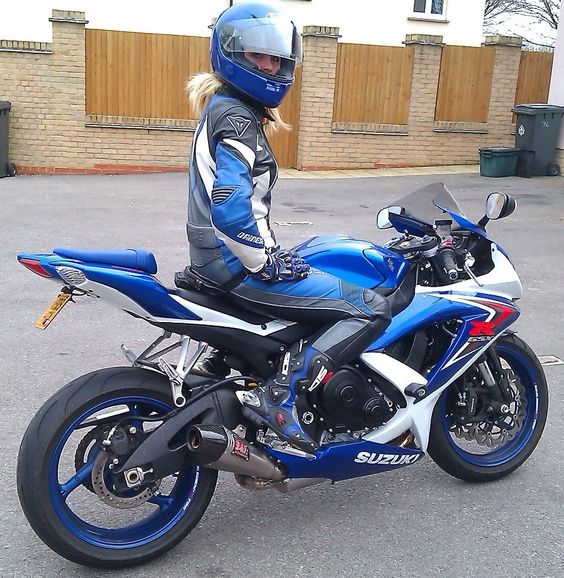 Sue Slate and Gin Shear are part of this story. When they met in 1983, both riding Kawasaki KZ400s, they together could not count five women riders they knew. Wanting to do something to change this situation, they created a Women's Motorcycle Festival that ran 5 days each year for 10 years encouraging women to ride and helping them develop their riding skills and have fun. As the festival became established they found the need to have a governing body and the Women's Motorcyclist Foundation (WMF) was born, which the two still head up.
To the promotion of women riders, the WMF soon added a focus on breast cancer research and fundraising. The idea developed of organizing Pony Express Rides, which crossed the country, with riders signing on to ride certain portions or the entire route and gathering pledges for their efforts. To this day as they continue their efforts with the WMF, Slate and Shear meet women in their travels who tell them they learned to ride and bought their bikes specifically because they wanted to participate in the Pony Express Rides.
With both of them now mounted on Kawasaki KLR650s, the WMF has lately turned its attention to dual-sport riding. Their first Adventures for the Cures event was a week-long ride through the Colorado Mountains with a dozen women riders who were experienced on the street but not on the dirt. Each participant was responsible for their own expenses and was required to raise at least $2,000 for breast and ovarian cancer research as well. All of them raised more than $2,000, with some of them raising many times that amount.
A second Adventures for the Cures event was held this August in Alaska.
All this is to say that women riders have arrived, and the motorcycle industry players want their business. In visits to a couple local dealerships recently, we spoke with salesmen about the bikes they steer their customers toward when they are short of stature. A favorite big bike for a small person was the Yamaha V-Star 1100.
"It's a great bike, pretty low to the ground, but you get good horsepower in a nice big motor," said Brent Miller. "You can travel with it." Miller also favors the V-Star 650 Custom, which he says has a narrower seat that allows your feet "to go straight to the ground." By comparison, he explained, the V-Star 650 Classic has the same seat height but the wider seat makes it harder for someone short to plant their feet as solidly.
Suzuki's 650cc Boulevard S40 is another good option, said Kurt Hertel. The S40 offers "a very low seat height, very good for both beginning riders and shorter riders. More and more women are getting into the market and they tend to be both."
Along with the bikes, there has been a recent boom in riding gear tailored for women. Most visibly noticeable are helmets with a lot of pink in them and with flowery designs, but that's only the start. Jackets and riding pants now come in women's sizes and the tailoring is attuned to their body shapes. Gone are the days when a woman rider had to simply find a man's jacket or pants that were acceptable but really didn't fit right.
It's just the beginning. The market is there and the vendors will respond to the market. There has never been a better time to be a woman on a motorcycle.