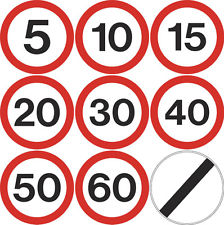 Signals will warn of dangers ahead, such as - accidents - fog - icy roads.

Look out for flashing amber lights and signs, either on the central reservation or overhead. These warn you of - lane closures - roadworks - other hazards. They might also show a temporary advisory speed limit, so - slow down to the speed limit - be ready to slow down still more to pass the obstacle or danger - look out for police signs - don't speed up until you see the sign ending the temporary restriction (or there are no more flashing amber lights). 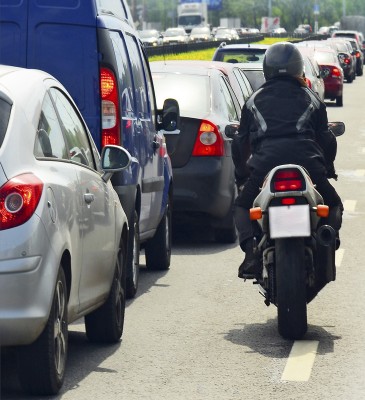 A lifesaver glance will verify the position of other vehicles. Try to avoid stopping at the end of the slip road unless queuing to join other slow moving traffic.

Indicate your intention to join the motorway - make sure you can be seen - assess the speed of the traffic on the motorway before you try to merge in.

Force your way into the traffic stream - ride along the hard shoulder.

Once you've joined the motorway, keep in the left-hand lane until you've had time to judge and adjust to the speed of the traffic already on the motorway. In a few cases, the lane merges from the right. Take extra care when joining or meeting traffic at these locations.

When other vehicles join the motorway

After you pass an exit, there's usually an entrance where other vehicles can join - don't try to race them while they're on the slip road - look well ahead if there are several vehicles joining the motorway - be prepared to adjust your speed - if it's safe, move to another lane to make it easier for joining traffic to merge.