Posted by Howard Trott on Monday, September 25, 2017 Under: Motorcycle Touring
Road trips are fun and if sales of adventure bikes and tourers in the UK are anything to go by, they’re more popular than ever too. Riding abroad and lengthy road trips across different countries and continents are what dreams are made of but unless you’ve got the right documents, they’re not going to happen. 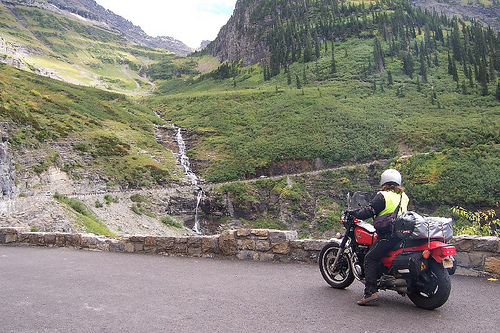 Motorcycle CBTs don’t cut the mustard
If you have a quick look across bike forums in the UK, you’ll find multiple posts about travelling abroad on two wheels.
There’s usually a collection of seasoned riders who’ve ventured across the US, traipsed to far flung MotoGP rounds or hopped across the channel to pootle around the French countryside. What you might also see are posts from young riders who have recently completed their Compulsory Basic Training (CBT) assessment and want nothing more than to hop on a ferry and ride across Europe. The only problem is, if you hold a CBT rather than a full UK motorcycle licence, legally you can’t ride abroad.
What do I need to ride a motorbike abroad?
First things first, a CBT is only worth the paper it’s written on in the UK, so if you’re that keen to get on two wheels in Europe or beyond, get a full licence. Generally speaking, you need a full licence to ride the bike you’ll be using on foreign shores. So if you have the A1 licence in the UK, which allows you to ride motorcycles between 120cc and 125cc with a maximum output of 11kW, you can only ride a motorbike of the same engine size and output abroad. From there, a lot of what you need to travel abroad really depends on where abroad is, that’s why we’ve split this post into EU and non-EU riding.

As well as a UK motorcycle licence (sorry CBTers), you’ll need the following to ride your bike in Europe:
On top of the documentation, you’ll also need a few other essentials in certain EU countries: 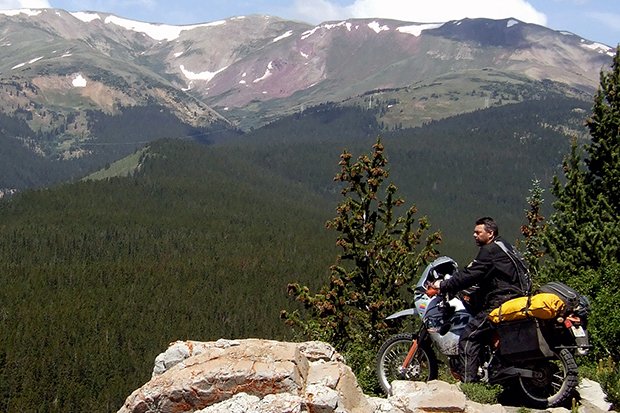 What about riding your motorbike outside of the EU?
Some riders are ambitious and like to ride motorbikes further afield than Europe. Lots of riders have made the trip across the Atlantic to fulfil dreams of travelling Route 66 while others have taken to Africa but with different countries come different requirements.
Non-EU motorbike travel requirements
Travelling to non-EU countries like the US or Africa is not as daunting as it may seem and generally, you need the same documentation to travel there as you would to travel in Europe. One of the biggest differences is the requirement of an International Driving Permit (IDP) and insurance that permits you to ride in the country you’re visiting. While most UK insurers will provide some level of cover for European travel, many may not for non-European breaks.
I have told you about as much as we can though without knowing which country it is that you plan to visit. Laws in Thailand will be different to laws in Australia but generally the bare minimum will be a valid and relevant driving licence, an IDP and insurance. Laws and requirements specific to the country you travel to should then be obtained from the relevant embassy website.
Familiarise yourself with the road laws of the country you’re visiting. As well as the majority of other countries riding on different sides of the road, there will be other differences between there and the UK. Make sure you do your research before you go!

Tags: motorcycle touring  riding your motorcycle abroad
« Back to posts