Posted by Howard Trott on Saturday, May 28, 2016 Under: Motorcycle Couriers
A company in Warrington needed important documentation delivered to their main office in Glasgow. The documents needed to be delivered by 2pm. One of the company directors was flying overseas and didn't receive all the documents needed for the trip. The lady who called me sounded distraught, and by what she was telling me was the one who made the mistake, and had been told in no uncertain terms to sort it out.

Time to put on my Batman outfit, crank up the Batmobile and save the world. In my dreams, more like put on my leathers and get on my motorcycle. 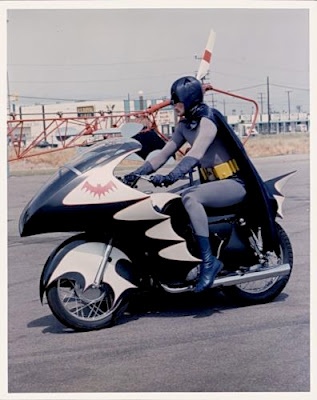 It was a quick trip to the pick-up. As I approached the offices, I noticed a lady standing outside holding a large folder, she had a worried look on her face . Before I could get off my motorcycle she handed me the folder and asked me to hurry. While I was putting the folder into my rucksack, I assured her it would be there on time. She told me I would be her hero if I could do it. I should of worn my Batman outfit after all.

As I've said in previous posts, riding up north is a lot quicker than riding down south. Especially to places like London, where the traffic is manic and you need eyes in the back of your helmet. It's motorway most of the way to Glasgow and usually they are pretty clear. This time was no exception, it was a clear fast ride all the way to bonny Scotland.

Glasgow is a large sprawling city, the only thing I have against it are some of the roads. It's like riding a motorcycle on the moon, the holes in some of the roads are that large. As long as you stay alert and watch where you're going you won't vanish into one. Also certain busy streets in Glasgow have become no-go zones for cars and motorcycles, which adds to the fun.

I made excellent time, and was about five miles from my destination when I noticed a figure wearing a motorcycle helmet, jumping up and down signalling for me to stop. I pulled over, it was a young girl who explained to me that her scooter had run out of petrol. There was a garage a couple of miles down the road and wondered if I'd give her a lift. I had plenty of time so agreed, she didn't have anything to carry petrol in but said she'd buy something at the garage. She hopped on the back of my bike and off we went. She was shouting things to me, but I couldn't hear what she was saying due to the wind, traffic noise and my sat nav talking to me through my ear piece.

I reached the two mile mark and saw the petrol station in the distance, she shouted again and guessed she was talking about the petrol station. I pulled in and switched off my engine. She got off my bike and took off her helmet. I'm an old fella but wished I was 30 years younger at that moment, she was a stunner. She went into the petrol station and shortly after came out with a container which she started to fill with petrol. It didn't take long before she was back on my bike and heading back to her scooter. Didn't take long to get there, pulled up and turned off my engine. Got off my motorcycle and gave her a hand to fill up her scooter. I eventually started the scooter for her, after it coughing and spluttering a few times. She put her arms in the air and shouted when it started. I'm glad I had taken off my motorcycle helmet, as she gave me a kiss on the cheek and thanked me. I watched her take off waving as she sped down the road.

I got back to what I was being paid for and proceeded down a long congested road, which didn't present a problem as I just cut through it all. In no time I pulled up outside my delivery destination. I entered the building, told the receptionist who I was and in no time was handing over the documentation to a chatty lady who didn't pause for breath. After listening to her talk about the time she rode a bike and other things motorcycle related, we said out goodbyes then I called the offices in Warrington, and put the lady who booked me out of her misery. She was happy and cheered down the phone and told me I was her hero. Maybe I should of worn my Batman outfit after all. As I rode back down the main road, I thought about that stunning girl on the scooter and wished I was 30 years younger.