Posted by Howard Trott on Saturday, August 6, 2016 Under: Security Motorcycle Courier
Had a call from a lady who needed a jewellery box containing valuable pieces of jewellery picking up from Cardiff then delivery to Bolton. The lady informed me that the items had been in the family for a long time and rather valuable. A relative had died and left her the items, she had no transport and needed them picking up and delivering to her. She didn't trust a normal courier and with us also running a security firm Spartan 24 Hour Security she knew the items would be in safe hands.

She was happy with the quote for the job and sent me an email containing a list and description of the items I'd be transporting. I have a specially designed padded lock-box for such consignments, which is then carried in a lockable backpack.

Cardiff is my hometown and know it like the back of my hand. I knew the jewellery must be valuable from where I was going to pick it up. The house was near Roath Park Lake, the houses there are large detached properties in their own grounds. 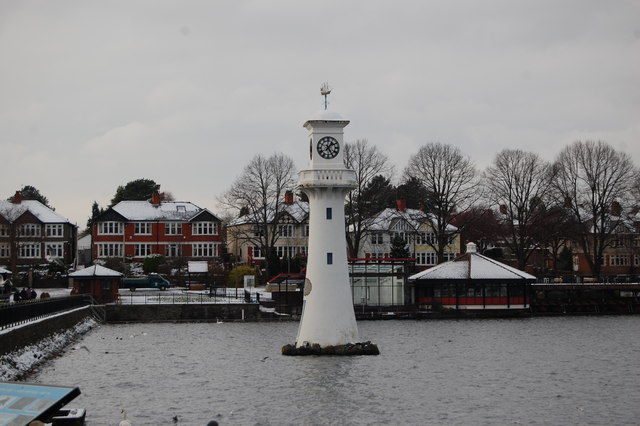 Mounted my iron horse and headed towards the M6 motorway. The advantage of riding a motorcycle to Cardiff is most of the journey is by motorway, which makes for a quick easy trip. When I turned onto the M6 motorway I knew what to expect. Road-works, HGV's who cut you up, van drivers who try to race you, and car drivers, some good and some shouldn't be on the road. They don't give a damn about motorcycles and will change lanes right in front of you or even worse from the side. Today was no exception, I was in the middle lane overtaking when a woman who was in the far-right lane decided to come into my lane regardless of who was in it. She never indicated, just started to come across and was heading straight for me. I had to quickly break and let her in. I then opened up the throttle and and started to overtake her, as I did she turned her head towards me. I gestured for her to use her eyes and got the middle finger for my trouble. It's hard not to get wound up in that situation and if I wasn't on a delivery would of made her life a misery for a few minutes. I know what people will be thinking ' you shouldn't intimidate a woman', it's not intimidation it's venting your anger at a Muppet that shouldn't be driving a wheelbarrow never mind a car. 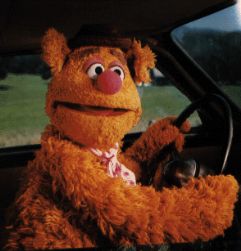 Besides that near miss the rest of the M6 adventure was OK. Turned off onto the M5, which is what I call a nice motorway, hardly any congestion and not many speed cameras. You just have to look out the odd police patrol parked up at the side of the motorway and the odd one with a hand held speed detecting device on the overhead bridges.

This motorway section was uneventful and tore through the remaining motorway stages. As I left the final stage of motorway the M4, I glanced at the time on my sat nav, I'd made great time. My motorcycle was purring like a cat, the sun was shining and I was nearly at the pick up. I tore through the suburbs of Cardiff and turned into a looping road which surrounded Roath Park Lake. I remember as a kid rowing a boat on it with my mates, I had some great times there.

Pulled up outside the pick up, the house was like the others large and sprawling but a little run down. I walked up the long driveway and knocked on the door. It was answered by a little old lady wearing glasses, I told her who I was and she invited me in. As I walked into the front room I noticed the house was run down inside as well. Discoloured peeling paint, faded peeling wallpaper and plenty of cobwebs. She must of noticed me looking and gave me a condensed version of her life story. The only living relative she has left is a niece in Bolton who I'll be taking these items to. She told me she had asked her niece to move in with her but she must like her own space as she refused.

After we finished our chat she vanished into the next room and moments later came back holding a dark red jewellery box. It looked very old, she placed it on a table then opened it. I had printed out the list that her niece had emailed me and started to check all the items of jewellery was there. One piece was over 200 years old and solid gold.

After checking all the items we put them back in the jewellery box then I put it gently into the padded lock-box which I then put into my backpack. She thanked me and I left, mounted my beast then started my trip to Bolton. I had to watch my speed as I entered the motorway section near Newport. The police are usually out in force and on the hunt for speeding vehicles. As I went through this stretch of motorway I noticed one police car parked up at the side of the motorway, a bit further on one in the distance ahead of me and saw another in my mirror behind me. They reminded me of Sharks looking for there next meal.

I was glad to leave that section of motorway and started to open the throttle. The rest of the motorway trip was quick and hassle free, just stopped for petrol and to answer the call of nature. I was soon in the outskirts of Bolton and my destination was Radcliffe. The lady I was delivering the items to lived in a flat above a hairdresser which is a big contrast to where her aunt lives.

The roads were pretty clear. A roundabout, set of traffic lights and a main road later I was parked up outside the flat. Knocked the door which was answered by middle age blonde woman. Told her who I was, she gave me a big smile then invited me in. I had to scale a steep flight of stairs to get to her flat. She gestured for me to go into her living room where I took the lock-box out of my rucksack then gentle took out the jewellery box and placed it on a table. She opened the box and started to take the items out, as she did I checked them off on my list. Once she was happy she signed for them, she had a big smile on her face as she thanked me and kissed me on the cheek. I told her I had a good chat with her aunt, she then told me that her aunts sister had died and that they lived in the same house together for years. She now has to live out her life on her own which I thought was sad. I told her I had to get going and climb back down the steep flight of stairs and got back on my steel charger.

It had been a good day and I was still in one piece. I cruised back to Warrington and enjoyed the sunshine, I thought about the old lady living on her own. Loneliness is a terrible thing and living in a large house with plenty of money won't cure it. I thought how lucky I was being on the open road in the sunshine.