Posted by Kevin Hill on Tuesday, September 28, 2021 Under: Motorbike Riding Tips
You're touring. You take a wrong turn and end up down a single-track road. You carry on for a mile or so, but aren't seeing anywhere suitable to turn round. Do you A: stop, effortlessly U-turn and zoom off back to your route, or B: ride on in the hope you come across a junction, a wider section of road, or a driveway? If the answer is A, you're one of the lucky ones who's got to grips with slow control. If the answer is B, read on. 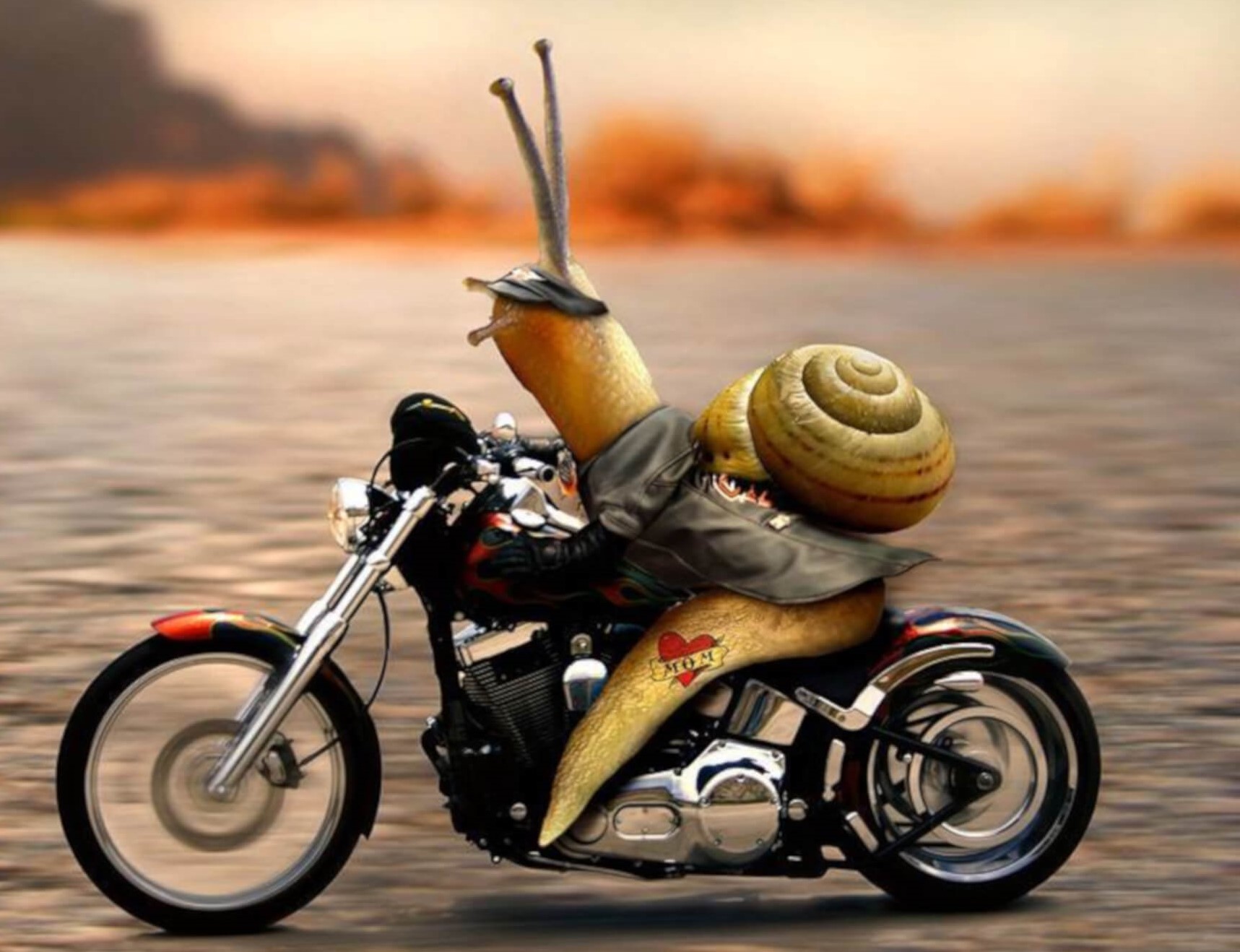 I bet far more riders than are willing to let on aren't as confident or skilled as they could be when it comes to slow control. It's basic stuff and you should know it all already, shouldn't you?
No. There's proper skill and technique involved in riding slowly, and it's something most of us have either forgotten or didn't know in the first place.
Learn where your clutch bites
If as you slow, your feet spread eagle to the tarmac ready for paddling or ‘just in case’ then you’re not up to scratch. With this skill level, you’re going to encounter some severe difficulties getting through narrow hostel entrances or trying to turn around in narrow cobbled streets, when you get lost in unfamiliar towns.”
At 5ft 4in, 10 stone wet through and with a 28 inch inside leg, the thought of riding a fully-loaded adventure bike on familiar roads had me in a cold sweat, let alone in some bustling South American city.
Getting to know your bike
One of the most important things is to get to know your bike. Sounds daft, but you need to really familiarise yourself with the controls: where they are and how hard you need to pull or push them to get them to work.
Get the span adjustment right on your levers, figure out where the clutch starts to bite and how sensitive the throttle is. Better you find out in your own driveway than out on the road.”
Push it
Next is getting used to the weight of your machine, and finding its balance point: the point at which it'll stand upright without the need for much input from you.
Take the bike off the stand and get alongside, the aim of the game is to walk 360 degrees round it, keeping it upright by holding onto bits you normally wouldn't: screen, mirrors, luggage rack.
Sounds easy, and it actually is. I could instantly tell when the bike started to come off it's balance point, and it took very little physical input to correct it.
It comes in handy to know how to ride slow when on an adventure
Pointless? How many times have you ended up puffing and sweating trying to push your bike around? Master the balance point and those days are over. I pushed the ST round in a figure of eight, with hardly any physical effort. 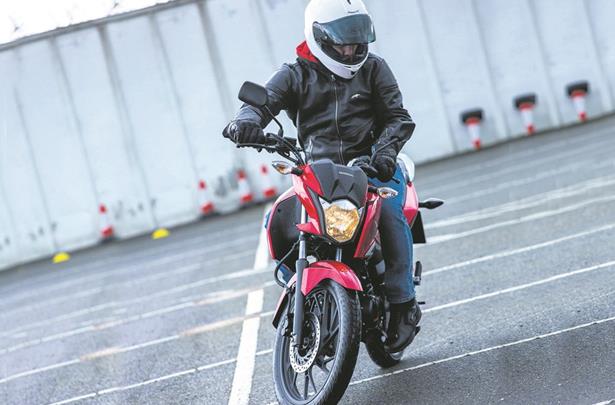 On it
“Next it's getting on and off.” Sounds stupid, but given the seemingly ever increasing size and weight of new bikes, even just lifting them off the side-stand can be a battle: (assuming you're getting on from the nearside/curbside) turn the bars 'till they hit the offside lockstop, this gives you more room to get your body onto the bike. Swing that right leg over the seat and grasp the hand-grips as you go. Once on board, just lift off the stand: the position of the bars also puts more weight on the offside of the bike, so it's easier to lift. Straighten them up and you're good to go.
A big thing for people of my stature, literally – and how to deal with them: “The method I teach is to get one foot firmly on the ground, rather than two down halfway. I usually advise people to use their right leg, as that's generally the stronger one and will give more stability and confidence.
Don't look down!
As you're coming to a stop, slide over on the seat so you're ready to put that right foot down firmly; keep your left foot on the peg to stay balanced. When you're up and moving again, just slide back over.”
Gone, but not forgotten
Slow control first, to simulate filtering through traffic or round other obstacles, so out came the cones spaced out in a straight line.
“As long as you have drive to the back wheel, the bike will want to stand up; it's basic physics. So keep the revs up, slip the clutch – use two fingers, not four, as it gives you more feel and control – to keep the drive to the back wheel, and use your back brake to control your speed. Oh, and don't look down at the cones, keep your head up and your eyes set on where you want to go.”
In harm's way
The next exercise was refining that slow speed control, same thing but this time with Kevin walking in front of me varying his – and consequently my – speed.
The key to it is using the back brake only to vary your speed, while keeping drive to the back wheel and engine revs constant.
U-turns are almost an art!
Slower and slower we went until almost at a standstill, and I was still upright! Master this and you'll never put your feet down in town again...
Lean on me
The last exercise of the day was  how to tighten up those U-turns. This time the cones were laid-out in a square. I'd ride round the outside of the square first, then move to the much, much smaller looking inside.
Using the same technique as the slalom – revs, clutch and back brake – but this time shifting bodyweight over the outside of the bike, pushing the bike towards the ground with the upper knee  (the theory being the more you lean the bike, the tighter you can turn it), and looking at the centre of the square to my absolute surprise I was soon circling inside the cones...
Lesson learned.
Lots learned actually. In the brief session I had with Kevin, my slow speed confidence shot up. Practising each of those drills and applying them out on the road is making a massive difference to my confidence; both where I'm comfortable riding to and what I'm happy swinging a leg over.
Swallow that pride and get yourself back to school...
Tips for the perfect U-turn: