Posted by Howard Trott on Monday, January 20, 2014 Under: Japanese Motorcycles
Launched in 1971, Suzuki's GT 750 made an immediate impact thanks to its radical design and rapid acceleration. Building on its own success in the 1960's with racing two-strokes, Suzuki decided to create a large capacity, multi-cylinder sports motorcycle for road riders. Suzuki's first venture into the superbike market was largely successful, the GT stayed in production for five years. The three cylinders were arranged in-line across the frame, which could cause the middle cylinder to overheat, being flanked by a cylinder on either side and shielded from the cooling breeze by the frame downtubes and front forks, hence the use of water cooling. 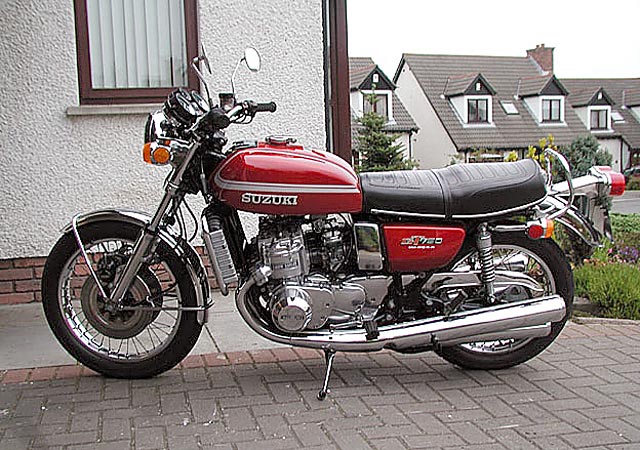