Posted by Spartan Motorcycle Couriers on Monday, June 15, 2020 Under: Transporting Valuables
Cash and Valuables Courier UK. Staff with responsibility for taking cash to the bank or transporting valuables will always be vulnerable to robbery. But you can take a number of precautions to reduce the risks involved and make your cash less inviting to thieves. 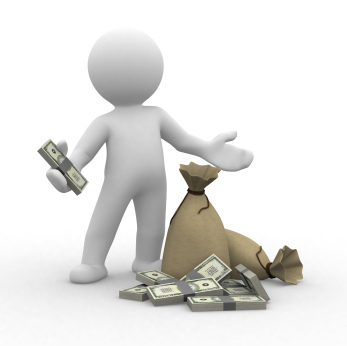 One of the top rules for people who take cash to the bank is to have someone with you on every trip because robbers are much more likely to attack a single person. When there are two of you, it’s also more likely that one can get away to raise the alarm.
Vary Your Route
Another very important routine is to have no routine! This means varying the time of day that you go to the bank and varying the route taken – whether you go on foot or by car. Although you will always be at risk from opportunist criminals, most organised robbers watch their potential victim for at least a couple of days in advance.
If you use the same route every time, they can plan their attack much more effectively. They will look for points on the route where you are vulnerable – such as a quiet side street where you always park the car or the stairwell down from a multi-storey car park. You will make things harder for them by using at least three different routes and alternating between them on different days so there is no pattern for robbers to follow.
Other Important Tips to Follow:
Remember that a robber might be very nervous, unpredictable or high on drink or drugs. Don’t do anything to anger or upset him. Hand over the cash calmly if he demands it. If a robber simply runs up and grabs the bag, don’t try to hang onto it. Let go immediately. You will obviously be left very shaken by any robbery attempt but if possible, try to make a mental note of anything that could identify him and write it down as soon as possible.
Memory can play tricks on you, particularly at stressful or frightening moments. (You can assess an attacker’s height against a window, door or street sign as he runs away so that the height you give to police is accurate)