Posted by Howard Trott on Monday, January 20, 2014 Under: British Motorcycles
Six years after Triumph's 1991 re-launch, the company entered the lucrative supersports market with the T595, built to compete with the market leading Honda Fireblade and charistmatic Ducati 916. The motorcycle used Triumph's trademark three-cylinder set up and the Daytona name from the earlier models, but almost everything else was new. Though lighter, more powerful, and better looking than its predecessor, the T595's reputation suffered when some early motorcycles were recalled because of a frame problem. 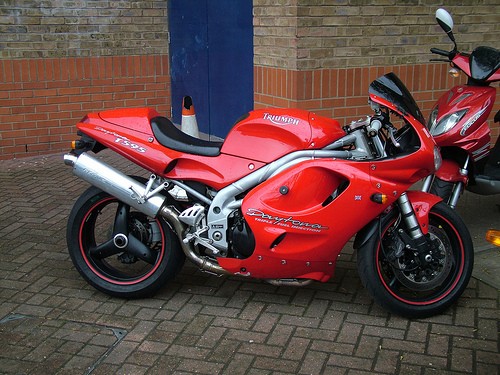