Posted by Dave Harding on Saturday, October 27, 2018 Under: Motorcycle Accessories
If you are one of many motorcycle enthusiasts who enjoy working on bikes, then consider buying a motorcycle jack. It's one of the most important tools to have the garage in order to safely work on motorcycles. 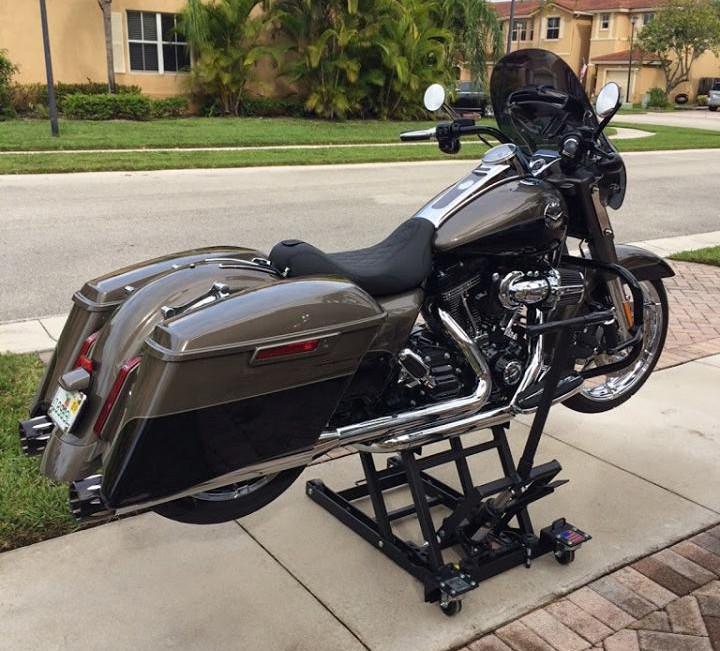 A motorcycle jack is a smaller version of a regular jack used for fixing cars or trucks, but motorcycle enthusiasts are always warned not to use regular jacks on their bikes. These jacks are made up of crisscrossing metal which can be rolled under the center of a motorcycle. The upper part of the jack is raised hydraulically to touch the undercarriage and raise the whole motorcycle.
Jacks made for motorcycles can be used in general maintenance tasks like changing the oil, as well as in doing modifications like installing shocks or painting the whole unit.
For the sake of safety, a good ATV motorcycle jack should have these two features:
A safety lock that will never allow the accidental release of the jack and can drop the motorcycle on whoever is working on it; and some sort of strap or tie-down that goes up and over the motorcycle and locks it to the jack. This allows anyone working on the bike to wrench on it or even stand on either end of motorcycle without worrying that it would tip.
It is not hard to look for motorcycle jacks that have these features, since most manufacturers think it their responsibility to make their products safe to use. Most motorcycle jacks available in the market have these two safety features.
Here are some things to keep in mind while using a motorcycle jack: