Posted by Kim Morgan on Wednesday, March 13, 2019 Under: Guest Motorcycle Articles
In the early 1900's William S. Harley and Arthur Davidson did some experimenting with electric bicycles and created the first motorcycle. This invention changed the world and was the catalyst for getting riding where it is today. Since then many with an adventuresome, free spirit that love to ride and see the world from the back of a motorcycle of their choosing have joined the ranks of riders. From that day those joining the ranks have not just been men but also women. Today women riders put on their women's motorcycle jackets and make up one third of the riding population. 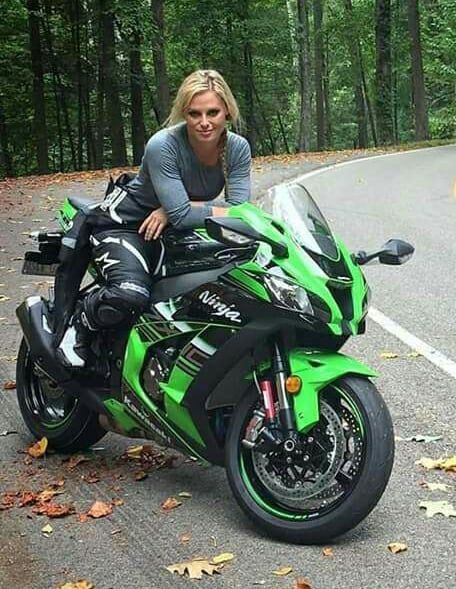 Early women riders were women like Dorothy (Dot) Robinson born in 1912. She was even on motorcycles before her birth. Her mother rode in the side car of her father's motorcycle to get to the hospital when she was in labor. Dot loved to ride, married a rider, and they both continued to ride for decades. They would participate in endurance races together and made a record transcontinental run together in 1935. Dot started the women's riding organization the Motor Maids. The American Motorcycle Association issued the club an official charter in 1941. Another early woman rider was Vivian Bales. She was the first female rider to appear on the cover of the Harley Davidson Enthusiasts magazine in May and November 1929. She made her first big trip of 300 miles in the 1920's. On a trip to Washington D.C. she met President Hoover. These and many other women have paved the way for other women to ride.
Women's motorcycle jackets come in a variety of styles, leather types, and features. As far as styles go there are the classic, euro, collared and bomber or aviator styles. The classic style came out in the 50's. It is the Brando, and Dean look, the rebel rider look. It features a wide snap down collar, and a slanted zipper. The great thing about this collar is it can be unsnapped allowing the zipper to be fully zipped up, which is a way to more fully keep out the wind, cold and rain. The euro style of women's motorcycle jackets is a very sleek look. It comes with a mandarin type banded collar that usually snaps, and zippered pockets that lay flat adding to the sleek look. The collared jackets come with a collar that is like a shirt collar. These typically come with zippered pockets also, instead of both zippered and snapped like the classic. The bomber style comes from the World War I. Leather jackets were created to keep pilots warm since their cockpits were not heated. This style usually comes with banded waist and cuffs, and a banded collar, shirt collar, or wide collar.
The features that women's motorcycle jackets come with are vents, removable liners, hardware such as snaps and zippers in silver, brass, or brushed silver, side laces, fringe to wick the water away from the leather, and braiding. Women's motorcycle jackets really are made with women in mind. They are made to fit the figure of a woman. They can come with elastic at the waist, and other features that make the jacket a better fit for a woman.
The best leather for motorcycle jackets are cowhide and American buffalo. These two give a woman rider the protection she deserves while out on the open road. The leather a rider is wearing is the only thing between them and the asphalt in the case of being thrown from the bike, or in the case of a lay down. There is naked cowhide, which is the top grade of leather. It is very durable with a soft and supple yet sturdy feel to it, aniline leather is soft with a pebbly finish to it, plain cowhide is just that cowhide with a plain finish and split cowhide is durable, and it is the stiffest leather, and has a pebbly finish. American buffalo is a lot like naked cowhide but the price can be quite a bit less.
Thanks to those that have brought inventions to the world that have improved life quality like the motorcycle, and to those women riders who have paved the path for scores of other women to be inspired to join the ranks of riders that choose to see the world from the back of a motorcycle.