Posted by Simon Davis on Thursday, March 14, 2019 Under: Motorbike Riding
Italy
Italy is located in the south end of Europe surrounded by France and Austria, it is known for its historic art and culture and its great attractions such as the coliseum in Rome and the leaning tower of Pisa. 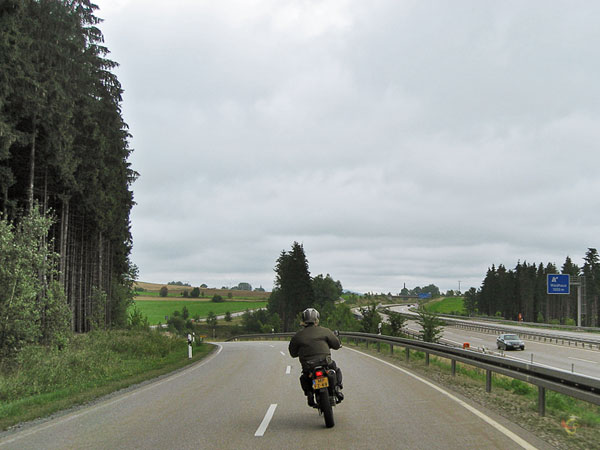 Across Italy there are several different types of fantastic roads available that provide the thrills and views you want from the roads. If you are looking for something along the coast sea then the Mont Saint Michel roads offer fantastic views across the sea and a great place to visit for a history lesson too. Otherwise if you are looking for a more open road trip then you should look at visiting the Stelvio Pass.
Stelvio pass is one of the longest mountain passes across the Alps, and if travelling south west towards sondrio you can find some fantastic roads along the pass. Or if you considering travelling to the east from stelvio you will find the Dolomite paths that can put your motorbike to the test on several sharp roads.
Spain
As a mountainous country, Spain hosts a mild climate and a range of highways that go along both mountain sides and the coastline. A great area with suitable motorbike routes is the Castile-Leon region, located in the northern area of Spain in holds a range of different environments such as old fortresses, stretching fields of vineyards and famous wineries that would be great places to visit while travelling in the area.
While on the south side of Spain you can also find several great motorbike routes, such as the Granada to Cabo de Gata route that passes alongside the sierra national park taking advantage of the mountainous landscapes in the area.
If you find yourself looking for something a little more urban then the route between Tarragona and Barcelona will provide the long stretches and roads you are looking for. But be careful, in the summer Barcelona can be a popular place with tourists which means more traffic on the roads and could slow you down.
France
France is known for its beautifully landscaped roads and scenery that can be found along the roadsides, and one particular route that is known for its winding roads is route D618 from Bouleternere. This route provides many winding roads with a fantastic view to go with it, specially the satisfaction of arriving at the peaks and looking across the landscape.
If you happen to be doing a tour of France and the surrounding areas you should take a little detour into Switzerland to take the routes along the Swiss Alps for its icy mountains and stunning scenery.
The UK
Although in the UK weather is never something to depend on, but there are some great long stretching routes in United Kingdom that can get your adrenaline flowing. One great example is the Cat and fiddle run found in Macclesfield in East Midlands where you can find long stretching paths which are perfect for cruising and showing off beautiful untouched rural areas of England countryside.
Else if you are looking for an area in the UK to tour then check out Scotland, with a wide range of roads alongside the coast or up into the stretching hills it is full of places to explore.
Another small area in the UK that can provide the views and roads is the Lake District area, with a natural reservoir and surrounding forests you can enjoy the calm countryside roads and scenery on your trip.